Only got 24 hours in Edinburgh? Don’t worry, we’ve got you covered with the city’s top must-visit spots.

Situated on the east coast of Scotland, our city is famous for its beautiful architecture and picturesque scenery. From Potter to the Proclaimers, Edinburgh has inspired many a drink, book, song and film so if you’re planning a trip to visit us soon, here’s some pointers for your perfect day… 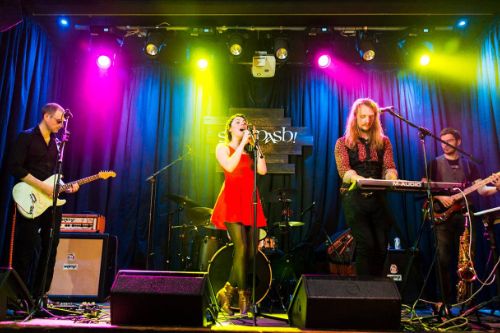 Looking to head off the tourist trail and explore the ‘real’ Scotland? Head to the old town and enjoy traditional Scottish music and Ceilidhs. Located in a restored church, Stramash [photo credit] is a live music venue which offers free public Ceilidhs every Friday evening. The events are one of Edinburgh’s best-kept secrets and are a great way to meet people. If you have two left feet then don’t panic, the band will guide you through the steps as you dance along to traditional Scottish folk music, including those famous bagpipes!

Edinburgh’s Grassmarket area is also a hub for live music. The Grassmarket was once a medieval market place but nowadays it’s a quirky spot for a good night out. Here you can find an array of traditional Scottish pubs, live music venues and bars with different types of music to suit all tastes. For a traditional Scottish experience, we recommend heading to the Fiddler’s Arms pub – it’s renowned for its live music which you can catch every weekend from 9pm. 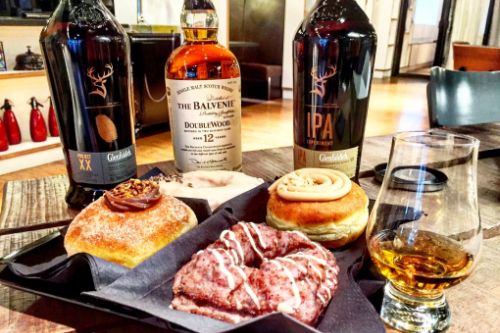 All that dancing got you thirsty? Well, you can’t come to Scotland without sampling a traditional Scottish whisky. For those new to the whisky scene, check in with our friendly team at The CoURT’s reception as we are currently running delicious whisky and donut tastings alongside Once Upon a Whisky in our underground tasting room.

If that whets the appetite, you might want to plan a visit to the North British Distillery Company in the south-west of the city. As one of Scotland’s oldest and largest Scotch grain whisky producers, the distillery is a perfect activity for wannabe whisky connoisseurs.

Whisky not your drink of choice? Don’t worry, we offer beer tasting with Scot Beer Tours at The CoURT where you will have the opportunity to learn more about the history of Edinburgh, get to know your fellow guests and sample some unique local craft beers.  It’s also an absolute bargain at just £5 so sign up and get sipping…

For gin lovers, we’ve found your heaven at the Edinburgh Gin distillery. Home to the world-famous gin, the distillery offers three different types of tour: learning, tasting or making. Prices start from £10 and tours are extremely popular, so advance booking is recommended.

GET OFF THE BEATEN TRACK 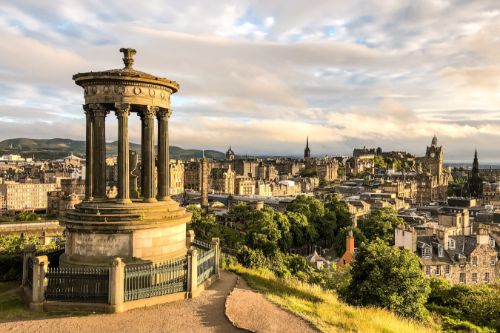 During your 24 hours in Edinburgh , you have to get out to explore Edinburgh on foot. Your first stop? You don’t want to miss Calton Hill. Located a short walk from the city centre at the end of Prince’s Street, this spot houses numerous Scottish monuments and buildings, including the National Monument and the City Observatory. According to locals, it’s also one of the best spots in the city for sunrise and sunset, so whether you’re an early riser or prefer a sleep in it’s definitely worth planning your visit around these times.

The infamous Arthur’s Seat is great if you want a longer and more challenging walk. It takes around an hour to climb to the top but we promise the views are worth it! At 251m above sea level, Arthur’s Seat is the highest point of Holyrood Park and you will be rewarded at the top with breathtaking views across Edinburgh.

Dean Village is the city’s hidden gem – it’s a tranquil village which is just a 20-minute walk from Edinburgh city centre. The village is full of beautiful Tudor buildings and used to house a water mill (the remains of which can still be seen today). The picturesque scene you find here is like something from a fairy tale – definitely a must-see spot for the Instagram lovers among you!

SOAK UP THE CULTURE 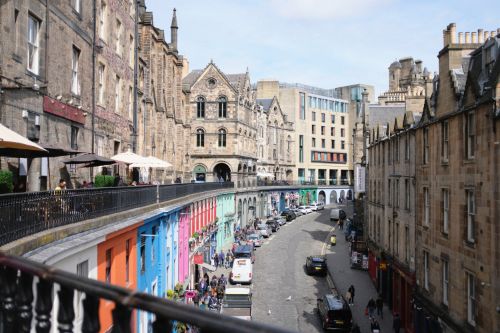 Did you know Edinburgh is the home of Harry Potter? J.K Rowling actually completed the series of novels from a room in The Balmoral Hotel and it’s said that she got her inspiration for the Hogwarts houses from George Heriot’s school in the city.

For the hardcore Potter fans, wizard your way around Greyfriars Kirkyard where you will find the headstones of ‘Tom Riddle’ and ‘McGonagall’, which are said to have inspired Rowling’s names for the characters in the books. There are also various Harry Potter tours around the city which showcase all the main spots that influenced the series.

Edinburgh Castle is the city’s central point and you can’t leave without paying a visit here, if not just for the panoramic views of the city from the ramparts. The castle – which still houses the Scottish Crown Jewels – has witnessed many battles across its 800-year history and most of the Scottish-Anglo wars were centralised around the control of it. A visit inside the castle starts from £17.50 per person when booked online.

Next up, head straight down to the opposite end of the Royal Mile and you will reach The Palace of Holyrood House. Home to the Queen when she visits the city, the Palace is open to visitors when she is not in residence and tickets start from £15 pp. The tour gives you the opportunity to explore the staterooms of the 17th-century magnificent building where members of the royal family have got married in recent years.

We told you – in this city, there really is something for absolutely everyone. So, ready to spend 24 hours in Edinburgh ? Come stay at our luxury hostel, The CoURT and explore the corridors of this former prison. We can guarantee it will be the best night’s sleep in jail you will ever have…