Looking for Edinburgh’s spookiest haunts? As one of the most haunted cities in the world, exploring Edinburgh’s past is not one for the faint-hearted – especially not during the scariest month of the year. With a history that travels hundreds of years back, the city has a line-up of gruesome tales including executions, hauntings and the famous Burke and Hare murders. Up for exploring the city’s bloody past? Well, if you’re visiting this month and want to discover the some of the most haunted spots here, scroll down for Edinburgh’s spookiest haunts to explore this Halloween (if you dare)… 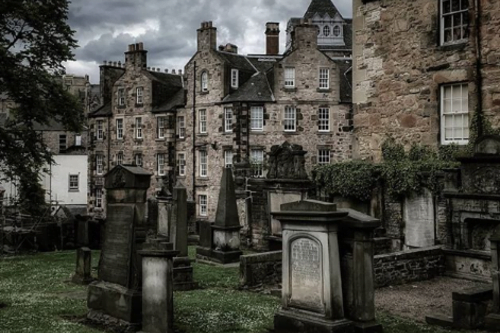 Described as Scotland’s most haunted cemetery, Greyfriars Kirkyard is an absolute must-visit at any time of year. Whilst it’s most famous for Edinburgh’s beloved canine Greyfriars Bobby – a loyal dog who stayed by his master’s graveside for years after he died – it’s also the home to an aggressive poltergeist who was a persecutor of Scottish Presbyterians. The story goes that his angry spirit was released in the 1990s after a homeless man broke into his tomb one evening while looking for shelter. Since, there have been over 400 documented attacks with people on ghost tours being left scratched, shaken or passed out near his burial site. On a slightly lighter note, it’s also where JK Rowling took inspiration from the headstones for some of her characters including surnames, McGonagall and Moodie and not to mention Tom Riddle. Uncovering the dark side of this centuries-old graveyard is not one for the faint-hearted. 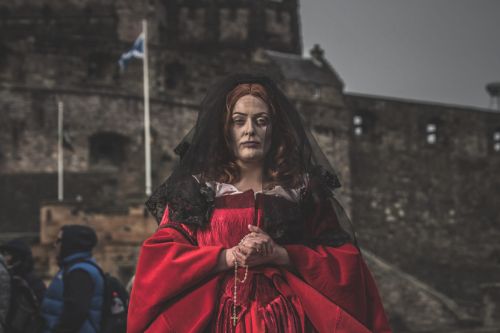 With the help of professional actors and special effects, a tour of the Edinburgh Dungeons will take you through recreations of some of the city’s darkest tales. From wild witch trials which resulted in women being burned alive at the stake to the tales of notorious serial killer duo, Burke and Hare, you will have the opportunity to immerse yourself in the darkest crimes that Edinburgh has ever seen. It may sound a little scary but it’s also pretty hilarious so if you’re up for a laugh while learning more about Edinburgh’s history, you definitely want to check it out.

THE CADIES AND WITCHERY TOURS 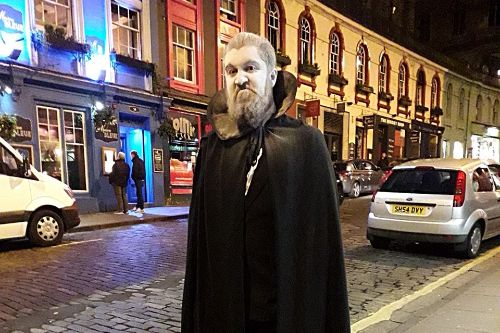 If you’re looking for a light-hearted yet scary experience, heading out on a Cadies and Witchery tour may be the one for you. Exploring the history of the witch huntings in the 16th century, you will be led through the Old Town while being told tales of the killings. With the help of a few ‘jumper-outers’ who share their side of the story, it’s an experience that will make you laugh (and maybe cry…). If you haven’t got time to head out on a tour, you can actually visit the Witches Well memorial on your way up to the castle which has been erected on the exact spot the suspected witches were killed. 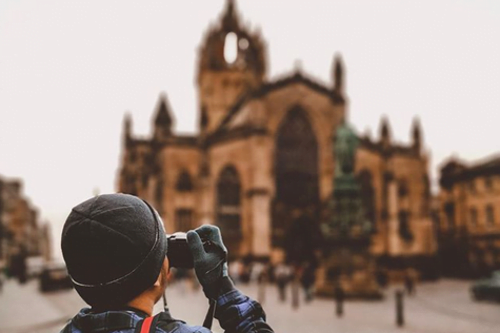 Heading deep beneath the Royal Mile, The Real Mary King’s Close tour will transport you back centuries in time and take you on a journey through the haunted underground streets. With a cast of characters in tow, you will get to learn about the history of Edinburgh between the 17th and 19th century and listen to shocking tales of murder, cholera and ghostly visitations. One of the most famous stories is the ghost of Little Annie, a young girl who haunts the streets searching for her family after they abandoned her to the plague. Expect the atmosphere to be electric as you explore the history of this underground time capsule which is dubbed as one of the most haunted places in Scotland. 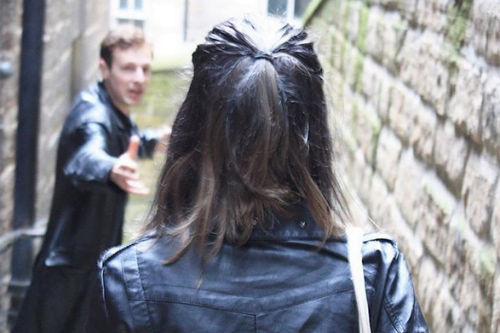 If you’re up for the challenge, join Mercat Tours and discover the haunted spirits lurking in Blair Street Underground Vaults. Sharing horror stories of the past, you will be taken through the chambers to encounter some of the city’s most notorious ghosts including The Watcher, whose jingling keys can be heard echoing through the passageways. Think you’re up for the challenge? Get ready and prepped for the lights to turn out… 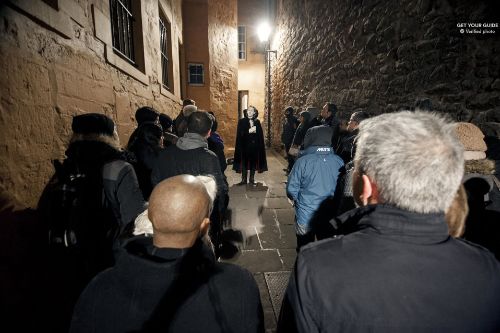 Want to see the supernatural side of our city? Follow your guide on an adventure along the streets as they tell tales of ghosts, ghouls and body snatching. Heading through haunted alleyways and courtyards, you will visit the scenes of tortures, murders and supernatural happenings. You may even be told the tales of what happened here at The CoURT at the time it was a courthouse and jail as dozens of hardened criminals were executed right on our doorstep in Parliament Square. Get your walking boots ready… 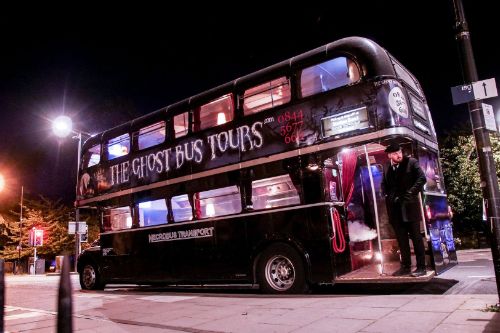 Prefer to explore on wheels? The Edinburgh Ghost Bus Tour always promises to have you on the edge of your seat as they take you on a trip across the city. With a few jokes thrown in so you aren’t totally spooked, the creepy conductor (he said it, not us…) will recount hair-raising stories about sites including Edinburgh Castle, the New Town, Grassmarket, Greyfriar’s Kirk, Old Town, Holyrood Palace and the Royal Mile. Don’t forget to look behind you as there may be a few dark passengers joining you – the bus was previously used for funerals, after all… 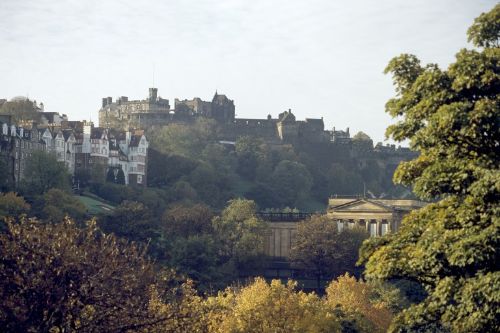 As you can tell, there’s some competition on where is the most haunted spot in Scotland and Edinburgh Castle is high up on the list. With over 900 years of history, it’s little surprise that there has been a tonne of chilling reports of paranormal activity at the castle with some saying past prisoners haunt the dungeons. It’s a popular tourist attraction to visit at any time of year but it’s particularly scary during the month of October.

So, are you ready to head to some of Edinburgh’s spookiest haunts? Come and explore with us during the month of October…if you dare.

This article will be updated with news regarding COVID-19, if you have any further questions please get in touch 26/03/2021 26th of April is the date set by the Scottish Goverment as a re-opening date for Tourist Accommodation, however with restrictions in place. We are now aiming to re-open on…

10 reasons why you should visit Edinburgh this summer

The past few months have been challenging for all of us. However, with the situation getting better and Scotland opening its borders, we cannot wait to start exploring again! Is it still worth visiting Edinburgh in 2020? What if most places are closed?  Will I still enjoy my stay? Our…

Looking for a guide to Edinburgh’s best festivals? From world-class music and comedy to seriously delicious eats, there’s a reason why Edinburgh is known as the world’s leading festival city. Throughout the summer, our city hosts some of the best live events you could wish to see and we think…

Here are the best cafes to work from in Edinburgh…

Are you working on the move while exploring Edinburgh? This city is packed with laptop-friendly cafes that offer quality coffee, fast free wifi (because no one’s got time for anything else, right?) and a friendly atmosphere for meeting fellow freelancers. So, for those of you taking over the world through…

7 unique things to do in Edinburgh this Spring

The time has come to start thinking about things to do in Edinburgh in the Spring. As the days get longer and the night’s get lighter, it’s time to pack away the winter knits, head outside and make the most of spring here. From farmers markets to festivals to floral…